Drone Rules: Comply Before You Fly

Drones are a hot topic in insurance and aviation circles and, as Clyde & Co’s James M Cooper and Jess Harman write, the fast-developing 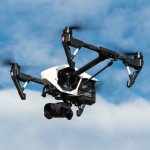 nature of the industry presents challenges for operators, insurers and regulators alike.

THE CIVIL Aviation Safety Authority (CASA) is responsible for the regulation of drones in Australia. Led by the work of CASA, Australia has been recognised internationally as a leader in drone regulations.

The most recent regulations took effect in September 2016 and are contained within Part 101 of the Civil Aviation Safety Regulations. Currently, the key regulatory considerations for an operator considering commencing commercial drone operations include:

New Rules on the Way?

Although many have welcomed the flexible regulatory approach adopted by CASA, others have voiced concerns that the regulations do not address the potential safety threats posed by the rapidly expanding drone industry.

Seemingly prompted by pressure from the industry, the Australian Government is undertaking a substantive review of the current regulations, which is being conducted by CASA as well as a separate Senate Inquiry.

The ongoing review focuses on several regulatory approaches that CASA could adopt to manage drone-related activities, including:

With the proliferation of drones in recent years at both a commercial and recreational level, there is now a wealth of information available in the public domain for prospective drone operators. This, however, creates its own problems for those seeking to navigate through what can sometimes be a complex and confusing set of rules and requirements.

With that in mind, the following are some key need-to-know features of drone use in Australia for those exploring a move into this exciting field.

It is important that clients who have commenced or are considering the commercial use of drones remain apprised of regulatory developments, given the fluid nature of this industry. In addition to the ongoing government reviews in Australia, the UK has recently announced a new drone bill tightening the existing laws there. The success or otherwise of new drone regulations overseas is likely to have a significant bearing on the approach that the Australian authorities adopt moving forward.

James M Cooper is a special counsel in Clyde & Co’s aviation group in Australia. He is recognised as a ‘rising star’ in transport by Doyle’s Guide to the Australian Legal Profession.